Arbitration Clauses, State Law and Choice of Law: What May Fly for Halliburton in Texas Does Not Fly in New Mexico 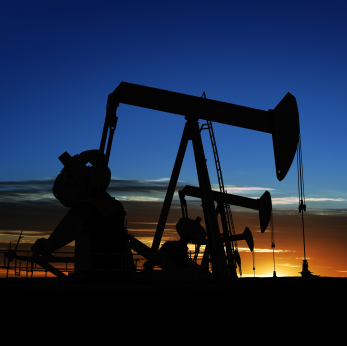 We have had an ongoing conversation at Suits by Suits about the rapid proliferation of mandatory arbitration clauses in employment contracts, from the top of the company on down.  In April, we noted that one of employees’ chief strategies in trying to defeat a mandatory arbitration clause is to argue that the clause is unfair or, in legalese, “unconscionable.”  If an arbitration provision is drastically unfair to the employee, a court can strike it down under the doctrine of “unconscionability,” which permits a court to throw out a contractual provision that is so one-sided as to be “shocking to the conscience.”

Take Texas.  An arbitration agreement that allows the company to amend the arbitration rules at any time as long as notice was given to current employees – with the caveat that such changes could not apply to an arbitration dispute that had already been formally initiated – may be just fine in Texas.   Not so much in New Mexico.

A case coming out of the Supreme Court of New Mexico last week — Flemma v. Halliburton Services, Inc. — illustrates this issue of varying state law and the doctrine of unconscionability in the context of a choice of laws issue.

Edward Flemma worked for Halliburton for 26 years in Louisiana, Texas, Angola, and, lastly, New Mexico.  As a district manager in Farmington, New Mexico, he was involved in a company initiative to consolidate three facilities into a single facility.  Flemma alleges that, after repeatedly voicing his concerns with Halliburton’s preferred consolidated location despite warnings from his supervisor and a company VP to stop making negative comments, Halliburton fired Flemma.  Flemma sued for wrongful and retaliatory discharge and Halliburton sought to compel arbitration pursuant to an agreement with Flemma.

Side note: Halliburton asserted that Flemma had agreed to a binding arbitration provision in the company’s Dispute Resolution Program because it had mailed materials to his house stating that continued employment with the company constituted acceptance of the terms of that Program.  Flemma claimed to have never received, opened, or read these materials, and that his ex-wife may have disposed of it.  As we have urged here before – employees should read the materials that come from their employer! It’s probably also a good idea for them to tell ex- or soon-to-be-ex-spouse(s) not to throw away their mail.

Back to state law, unconscionability, and choice of law.  Halliburton’s arbitration agreement – like many arbitration agreements – adopted the Federal Arbitration Act as the applicable law.  That Act defers to state law on the question of whether a contract exists.  Thus, the New Mexico Supreme Court engaged in a choice of law analysis, determining that Texas law applied because Flemma had worked in Texas at the time that Flemma supposedly “accepted” the terms of the Dispute Resolution Program.  The court concluded that, as a matter of Texas law, Halliburton’s arbitration agreement is valid.  But the court went on to say that, even though it would normally apply Texas law given that the agreement was formed in Texas, it “may decline to enforce Texas law if it would violate New Mexico public policy.”

This case is a lesson in the importance of state law in enforcing arbitration agreements.  State law matters – and state law can differ considerably.  Unless they are careful, employers may be surprised (and employees may be pleased) to find their supposedly meticulously drafted arbitration agreement rendered invalid or unenforceable by state law that they had not considered. Readers who are properly caffeinated may wonder if this case would have turned out differently if Halliburton’s arbitration agreement had contained a specific provision requiring the application of Texas (or another state other than New Mexico) law.  The short answer is it depends.  Although courts tend to look favorably on choice of law clauses in contracts, they will also set those clauses aside under certain circumstances.  For instance, a Wisconsin court looked at an arbitration clause in a consumer credit contract tying consumers to Delaware law and rejected the choice of law clause as contrary to public policy. Similarly, California will not enforce choice of law provisions in an arbitration agreement if the provisions are, for instance, “unduly oppressive” or “shield the stronger party from liability.”