Be Careful What You Wish For: DoorDash Must Arbitrate Thousands of Wage Claims 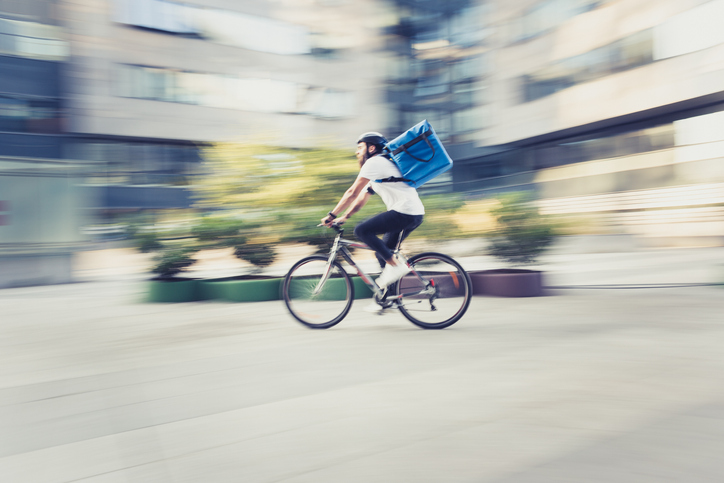 Many employers strongly prefer arbitration to litigating with their employees in court. Employers often believe—and the Supreme Court has agreed—that arbitration of employment disputes has many benefits, including potential cost savings, more limited discovery, a greater ability to keep the dispute confidential, and speedier resolutions.

In addition to these benefits, employers have adopted a strategy of asking employees to waive the ability to bring a class action in their arbitration agreements. This can avoid collective litigation brought by one employee on behalf of thousands of others, instead forcing each employee to bring his or her individual claim in a separate arbitration. The Chamber of Commerce touts these waivers as “benefit[ing] employees and limit[ing] costly and needless class action litigation.” And the Supreme Court has held that class-action waivers in arbitration agreements do not interfere with employees’ rights of collective action under the National Labor Relations Act and must be enforced.

But what happens when thousands of employees file individual arbitrations all at once to resolve claims that would typically have been brought as a class action, absent their contractual class action waivers? Employers may not look so kindly on the benefits and costs of arbitration, as the recent decision in Abernathy v. DoorDash shows.

The Abernathy case started when 6,250 DoorDash couriers each filed their own individual arbitration demands with the American Arbitration Association (AAA), claiming that DoorDash had improperly classified them as independent contractors rather than employees. The cost for an individual to start an arbitration under AAA rules is $300, so the employees paid over $1.2 million to start the arbitrations. The AAA then told DoorDash it had a month to pay its own fees for the arbitrations. And under AAA rules, a company owes a filing fee of $1,900 for each arbitration brought against it. This meant that DoorDash had to cough up $12 million.

DoorDash didn’t like this. So it claimed that there were deficiencies with the couriers’ filings and refused to pay, and the AAA closed its file. The couriers then filed the Abernathy case, seeking to compel DoorDash to arbitrate their claims. DoorDash opposed, arguing that it had settled a separate class action brought in state court and that the arbitrations had to be stayed pending the approval of that settlement, which could bar the couriers’ claims. Ironically, DoorDash had initially opposed the class action based on the class-action waivers that it now wanted to avoid.

Earlier this month, in a scathing order, Judge William Alsup ruled on the couriers’ motion to compel arbitration and DoorDash’s motion to stay. He raked DoorDash over the coals for first “forc[ing] arbitration clauses .... [and] class-action waivers” on its workers, and then “resort[ing] to a class-wide lawsuit, the very device it denied to the workers, to avoid its duty to arbitrate.” Judge Alsup said he would not “bless[]” this “hypocrisy.” He granted the motion to compel arbitration as to most of the couriers and ordered DoorDash to “immediately commence AAA Arbitration.”

Judge Alsup did sound a warning note as to the law firm representing the couriers, after DoorDash questioned the firm’s authority to act on the couriers’ behalf. He said that if the firm had overstated its authority, or the couriers had not perfected their right to arbitrate, the firm would have to reimburse DoorDash for its fees for defending the arbitrations, including attorneys’ fees and expenses.

In resolving the motions, Judge Alsup also ruled on an interesting collateral issue: a motion to seal communications between DoorDash and another arbitration organization, the International Institute for Conflict Prevention & Resolution (CPR). After the Abernathy brouhaha, DoorDash started to require arbitrations with CPR, rather than the AAA. As it turned out, DoorDash’s lawyers had reached out to CPR to discuss issues with “filing fees for mass arbitrations,” and DoorDash’s lawyers then collaborated with CPR on a “mass arbitration protocol.” CPR sought to seal the records of these discussions, but Judge Alsup was not having it: he said that he would “not be a party to concealing this information from the public, especially as it concerns an arbitration organization that holds itself out to the public as impartial.”

So what are the takeaways from all of this?

Despite the Abernathy case, it is still unlikely that employers will abandon their arbitration/class-action waiver strategy and embrace collective civil litigation. In most instances, workers will not assemble and take on the burden of filing (and paying for) thousands of individual arbitrations, so in the cost/benefit analysis, employers may still decide they are better off with class-action waivers. In addition, Judge Alsup’s decision will likely inspire companies to be proactive and look at the rules of their selected arbitration organization to ensure they will not be slammed with massive filing fees or administrative burdens in the rare circumstance when thousands of workers actually do pursue individual actions challenging common harms. Arbitration organizations may be more than willing to bend over backwards to help employers avoid these problems to ensure their future business. But employers and arbitration organizations should still exercise some caution: if employment arbitration becomes purely a means to an end of avoiding meritorious claims, even the Supreme Court might have something negative to say about it.