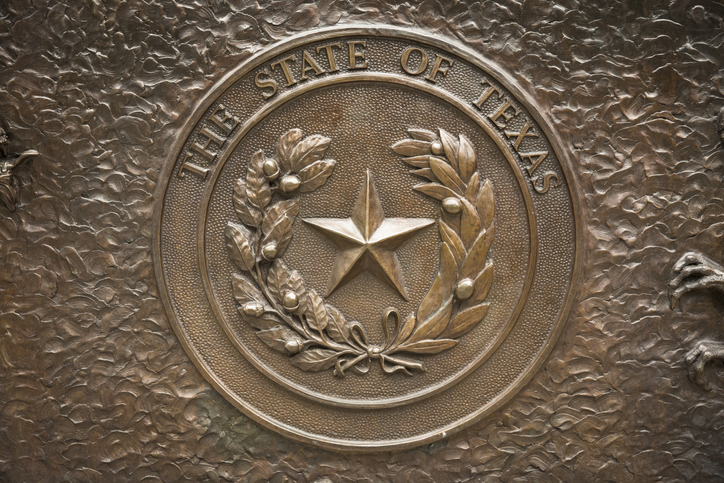 The new Texas abortion law known as S.B. 8 has been the subject of extensive commentary for its “bounty” cause of action against abortion providers and “aiders and abettors.” But the law creates a second cause of action that may infringe the right to counsel in federal courts and, as a result, may face its own judicial scrutiny.

The second modification to the Texas Code creates a cause of action against litigants and their lawyers who challenge the enforceability of any Texas law that regulates or restricts abortion, including but not limited to S.B. 8. See SB 8 § 4 (amending Texas Civ. Prac. & Remedies Code § 30.022). The provision applies to cases filed in state or federal court. If the party defending the Texas law prevails, that party can seek fees and costs in a new action filed in Texas state court within three years of final judgment in the underlying action. Id. § 30.022(c). The lawyer is jointly and severally liable with the client for the fees and costs. The fee-shifting provision, although somewhat ambiguous, appears to be entirely one-way; i.e., if the party challenging the law prevails, that party is not entitled (through § 30.022) to recover fees and costs from the opposing party or counsel.

Many other statutes and rules expose lawyers to attorney’s fees for misconduct during litigation, but as a few commentators have explained, S.B. 8 appears to be the first law that makes lawyers liable based solely on the issue they are litigating. In view of other provisions in S.B. 8 that intentionally frustrate judicial challenges of the statute, it seems beyond doubt that one purpose of § 30.022(c) is to impede a litigant’s attempt to obtain counsel to challenge a Texas abortion law.

For cases litigated in federal court, § 30.022 violates at least the spirit of 28 U.S.C. § 1654, which provides that “In all courts of the United States the parties may plead and conduct their own cases personally or by counsel as, by the rules of such courts, respectively, are permitted to manage and conduct causes therein.” Section 1654 traces back to the Judiciary Act of 1789. See 1 Stat. 73, § 35 (Sep. 24, 1789). Thus, the right to private (or retained) counsel in federal judicial proceedings is older than the Sixth Amendment and the rest of the Bill of Rights, and the right to retained counsel is so accepted that case law defining its limits in federal civil cases is sparse. Most case law under § 1654 relates to the right to proceed pro se, but the statute also codifies a right to proceed with private counsel of one’s choice. See Texas Catastrophe Property Ins. Ass’n v. Morales, 975 F.2d 1178, 1181 (5th Cir. 1992); McCuin v. Texas Power & Light Co., 714 F.2d 1255, 1262 & n.24 (5th Cir. 1983); Bottaro v. Hatton Assocs., 680 F.2d 895, 897 (2d Cir. 1982). As the text of the statute provides, the right is subject to reasonable rules “of such [i.e., United States] courts.” A body of precedent makes clear that the right to counsel does not override, for instance, the requirement that an attorney hold a valid license, which typically is conferred and regulated in the first instance by state law. E.g., Eagle Assocs. v. Bank of Montreal, 926 F.2d 1305, 1308 (2d Cir. 1991). But ethics and licensing requirements are laws of general applicability, and federal courts usually adopt them through their own local rules. As far as I can tell, no state law seeks to impede access to counsel in federal courts more clearly and directly than S.B. 8.

Nevertheless, it is hard to predict whether a federal (or state) court would strike down § 30.022 under § 1654 or some other doctrine1  protecting the right to counsel in federal courts. In the criminal context, where the Sixth Amendment protects a right to appointed counsel for indigent defendant and to retained counsel of one’s choice for others, see Powell v. Alabama, 287 U.S. 45, 53 (1932), the Supreme Court has upheld a federal statute prohibiting the use of forfeitable funds to retain defense counsel. Caplin & Drysdale, Chartered v. United States, 491 U.S. 617 (1989). The four dissenting justices observed that “the reluctance of any attorney to represent the defendant in the face of the forfeiture threat effectively strips the defendant of the right to retain counsel.” Id. at 654 (Blackmun, J., dissenting). The majority nevertheless concluded that the government had a substantial property interest in the forfeitable funds. Id. at 627-28. That rationale would not apply to § 30.022, of course, as the federal government has no competing interest in the Texas fee-shifting scheme.

Because the right to counsel at issue here is primarily statutory rather than constitutional2,  the argument would be pre-emption rather than unconstitutionality under the Sixth Amendment. The most pertinent pre-emption doctrine is “obstacle pre-emption,” which applies when a state law imposes obstacles to the purposes and objectives of Congress. E.g., Hines v. Davidowitz, 312 U.S. 52, 67 (1941). In Felder v. Casey, 487 U.S. 131 (1988), for instance, the Court held that state-law requirements that prospective plaintiffs notify government officials before filing suit were pre-empted when applied to federal civil rights claims under 42 U.S.C. § 1983. See also El-Tabech v. Clarke, 616 F.3d 834, 840 (8th Cir. 2010) (although state law establishing procedure for payment of federally awarded attorney’s fees was not completely pre-empted, if state claims board rejected an attorney’s fee award “that specific executive or legislative action would almost surely be conflict preempted”). Although these cases are not directly on point, it seems intuitive that a state law requiring lawyers to pay attorney’s fees for unsuccessful federal claims filed in federal courts is a serious obstacle to the federal right to counsel. By all appearances, that is exactly what the Texas legislature intended it to be.

Whether the “obstacle” to retained counsel imposed by S.B. 8 would lead a federal (or state) court to strike it down is a novel question that may itself evade judicial resolution3.  But the question deserves its day in court. Like the bounty cause of action that S.B. 8 creates against abortion providers or aiders and abettors, the fee-shifting cause of action against federal litigants and their lawyers is transportable to other states and other rights. The right to counsel in civil proceedings is not as prominent as the right to abortion, but it is an important right nonetheless, and federal courts should have the last word on whether states can impede the right through legislation like S.B. 8.

3The bounty statute may fall before the fee-shifting provision is tested; the United States’ complaint against Texas, for instance, does not clearly challenge the fee-shifting provision. In addition, because the prevailing party can file the attorney’s fee claim in a new case in state court, that claim might evade judicial review by federal courts. See Bill Johnson’s Restaurants, Inc. v. NLRB, 461 U.S. 731 (1983) (party had First Amendment right to file nonfrivolous claim in state court and NLRB could not order party do dismiss the claim before determination of its merits in state court); 28 U.S.C. § 2283 (anti-injunction act). Nevertheless, state courts would have authority to consider the pre-emption argument, and the Supreme Court ultimately could decide the issue on discretionary review.