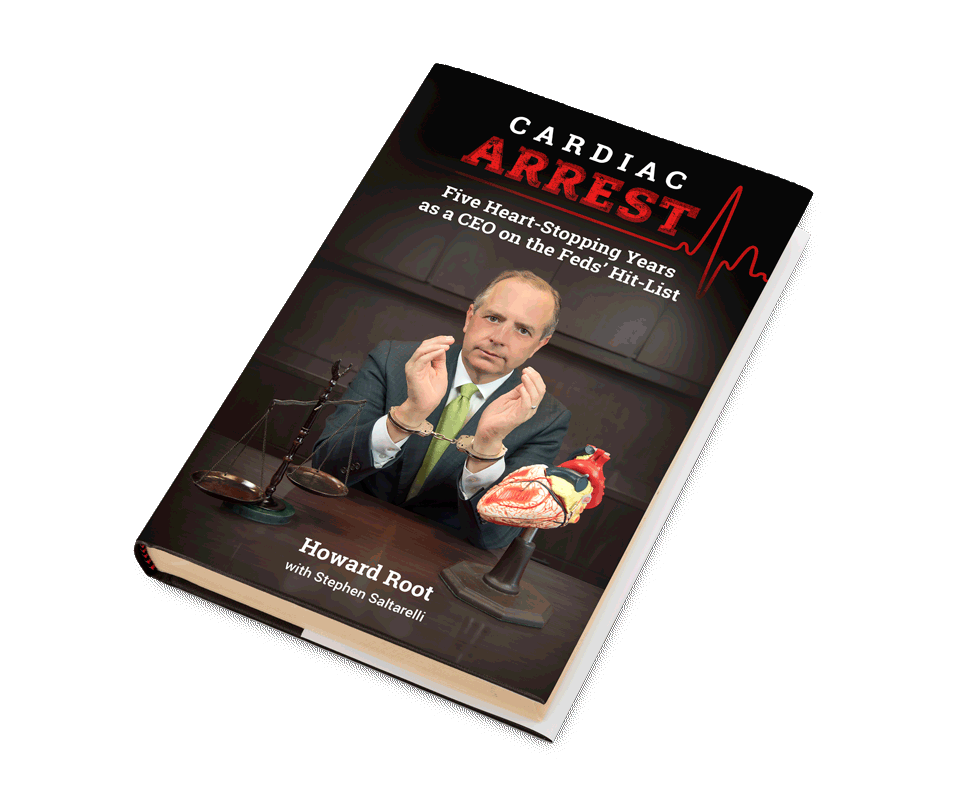 Case in point: the new book from former Vascular Solutions, Inc., CEO Howard Root, titled Cardiac Arrest: Five Heart-Stopping Years as a CEO On the Feds' Hit-List. As the subtitle suggests, Root spent five years under investigation by the Department of Justice in connection with allegations that his company, VSI, engaged in off-label marketing of a medical device for the treatment of varicose veins known as the “Short Kit.”

Root was eventually cleared of the charges by a West Texas jury. But Root isn’t taking his frightening brush with jail time—or the competitive harm to his company—lying down. In his no-holds-barred account, he impugns the performance and motives of the prosecutors, criticizes the judges, and even has unpleasant things to say about some of his own attorneys.

Root’s book is a fascinating read, not only for lawyers who defend clients in criminal investigations, but also for C-suite executives.

For example, one of Root’s central themes—and criticisms—is the potential criminal liability that can be visited on executives who didn’t do anything wrong. Under the “responsible corporate officer” doctrine, corporate officers in positions of authority can be held liable for certain kinds of regulatory violations, even if they had no involvement in or awareness of the wrongdoing. The mere ability to prevent a violation is enough to allow a conviction. This risk was too much to bear for Root, even after acquittal; as Root told The Wall Street Journal, he sold his company and quit rather than risking the chance that he might be indicted again under this theory.

In addition to exploring this issue in depth, Root’s narrative also illustrates the importance of a good lawyer for employees who are implicated in government investigations. Root writes how, in the grand jury investigation of VSI, employees gave unhelpful testimony because they had only met with their lawyers for 10 minutes and weren’t prepared to challenge the government’s theories. The government then threatened to recommend termination of the employees when it didn’t like other parts of their testimony.

As we’ve discussed previously, the risks for employees in this situation now are even more acute as a result of the Yates Memo’s emphasis on investigating and prosecuting individual corporate wrongdoing. It’s possible that the Trump DOJ could back away from the Yates Memo, but regardless, felony prosecutions of corporate executives aren’t going away any time soon. Executives shouldn’t be asked to face government inquisitors with one hand tied behind their backs.

Finally, Root was lucky in at least one respect: the VSI board of directors had the guts to stand up to charges that it viewed as unjust and stand behind its CEO. Root doesn’t mention any disputes over indemnification and advancement, which suggests that the company paid the legal bills for his attorneys without too much of a fight.

As we discussed in a post about a Goldman Sachs programmer’s advancement battle, other employers may well cut off a defense when an employee faces criminal charges. When that happens, the government’s leverage can be overwhelming.