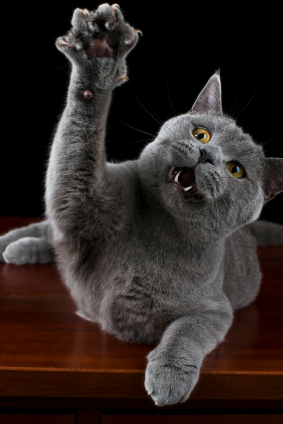 The Dodd-Frank Wall Street Reform and Consumer Protection Act (the “Act”) required every public company to disclose its incentive-based compensation and to adopt a policy to recover from current and former executives, in the event of a restatement, any such compensation that would not have been awarded under the restated financial statements.  As a result of the Act, many public companies in America have adopted new compensation “clawback” policies, even though the SEC has yet to promulgate regulations as required by the statute and there is no effective date for implementing these requirements.

Although the concept of compensation “clawbacks” are not new, the Act requires more expansive clawbacks than most companies had previously adopted.  The Act requires that if a company restates its financials for any reason, then it must recover from former and current executives any excess incentive-based compensation awarded in the previous three years.  And, unlike the prior policies in place at many companies, the Act requires companies to clawback incentive-based compensation regardless of whether the executive engaged in any wrongful conduct, imposing, in effect, a strict liability standard.

The Act raises many questions, some of which will presumably be answered by the regulatory guidance still to be issued by the SEC.  These questions include the definitions of “executive officer,” covered by the Act, the definition of “incentive based compensation” required to be “clawed back,” or the meaning of a “required” restatement under the Act.  But several significant questions for potentially affected executives will remain.

First, what “due process” rights will a company executive have to contest a required “clawback?  Although a company is typically not a “state actor,” if the “clawback” of incentive-based compensation from a non-culpable executive is required by the Act, perhaps constitutional rights apply.  Second, can the executive demand that the corporation seeking to clawback compensation advance his/her legal fees to contest the recovery?  Public companies typically have indemnification and advancement provisions consistent with Delaware law, which - as we've described here before - allows advancement of legal fees and expenses incurred in defending a claim brought by the corporation, if the executive acted “in good faith” and in a manner reasonably believed to be, or not opposed to, the best interests of the corporation.  See 8 D.G.C.L. § 145(b).  A “clawback” claim required by the Act would seem to fit within Delaware law on advancement.  Third, and related, is the issue of whether a company’s Director and Officer insurance policy - which we have explored before - provides any coverage for the executive for the “clawback” claim.

The compensation “clawback” landscape will change, presumably this year, when the SEC issues its regulatory guidance.  Companies will then revise their policies, many of which will adhere strictly to the guidance and some of which may exceed the guidance.  Although most executives understandably do not want to be unjustly enriched by incentive-based compensation not fairly earned, an executive who has not contributed to the financial restatement has a reasonable expectation that, at some point, his or her incentive-based compensation has been earned and cannot be taken away.  Executives across America (and outside the US working for companies listed on our exchanges) should be paying close attention as their company struggles to balance these interests in their” clawback” policies.