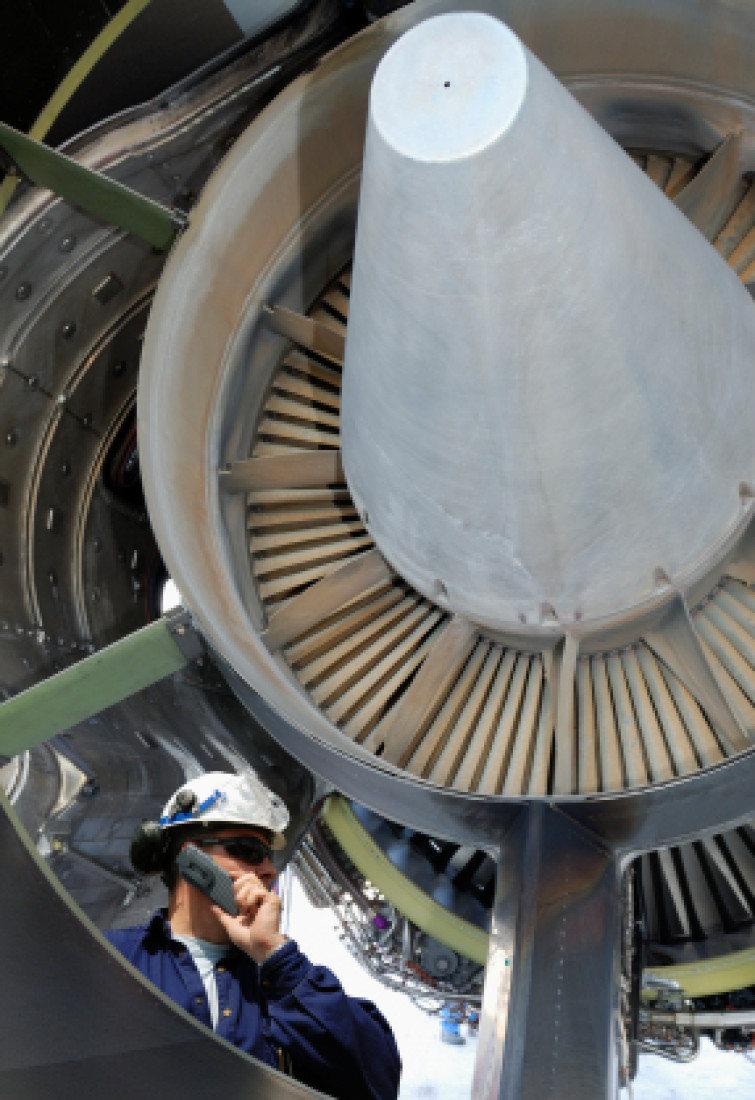 Joseph Guinn’s case started with a phone call.  Leigh Sargent, the president of Applied Composites Engineering (“ACE”), made the call.  Randy Sutterfield, an executive at AAR Aircraft Services, Inc. (“AAR”), was on the other end of the line.

The subject of Sargent’s call was Guinn, who at the time was employed by ACE as an airline mechanic, but who had given notice that he intended to leave ACE and join AAR.  Sargent told Sutterfield in no uncertain terms that “Guinn was under the terms of a non-compete agreement and that he believed that it was a violation [for] him to come work for [AAR].”  Guinn v. Applied Composites Engineering, Inc. (Ind. Ct. App. Sept. 30, 2013).  After some more pressure from ACE, and an (un)friendly reminder that ACE was one of AAR’s customers, AAR knuckled under and fired Guinn.

Unsatisfied with this capitulation, ACE sued both AAR and Guinn.  It claimed that Guinn had breached his employment agreement by accepting the job with AAR, and that AAR had intentionally induced the breach.  Guinn, now without any job at all, didn’t take this lying down.  He countersued ACE for interfering with his own contractual relationship with AAR.

Initially, the case didn’t go so well for ACE: the trial court found that Guinn’s non-compete was overbroad because it “did not specify what type of work Guinn did for ACE or what Guinn was prohibited from doing with anyone else” and “appear[ed] to have been drafted in such a manner as to apply to any employee in any capacity.”  Despite this ruling, however, the trial court granted summary judgment against Guinn on his claim that ACE committed a tort when it convinced AAR to fire him based on the non-compete.  Guinn appealed, and the Court of Appeals of Indiana reversed, sending the claim back for trial.

First, the court acknowledged the undisputed fact that ACE had interfered with Guinn’s employment by AAR, and confirmed that even though Guinn was an at-will employee of AAR, he still had an interest to protect against interference by third parties.  The remaining question was whether ACE’s interference was justified.

The court of appeals explained that under Indiana law (as guided by Section 767 of the Restatement (Second) of Torts, a legal treatise), courts use a seven-factor test to determine whether a party’s interference with a contract was justified.  This is essentially the same as the legitimate business interests (LBI) test we've discussed in prior posts.  Rather than listing each of the seven factors, let’s just say, as the court of appeals did, that “the overriding question is whether the defendants’ conduct has been fair and reasonable under the circumstances.”

Here, a jury, not the trial court, should have resolved that “overriding question.”  While “a factfinder” – i.e., a jury of Guinn’s peers – “could find that ACE’s conduct does not support a finding that ACE’s interference was unjustified,” a jury could have also inferred that “ACE applied unfair economic pressure or threatened litigation which induced AAR to terminate Guinn’s employment.”  Therefore, the case had to be sent back for trial on Guinn’s claim.

The Guinn decision teaches two important lessons.  First, an employer can be held liable in tort for persuading a third party to fire an ex-employee based on a non-compete agreement, even if it believes at the time that the non-compete provision is enforceable.  Second, an employer will have a much easier time arguing that it didn’t commit such a tort if it can articulate a real proprietary interest that its non-compete agreement protects.  ACE’s problem was that it could only point to “investment and costs in the training” of Guinn – in other words, it took the position that because it had spent time to train him, he shouldn’t have been able to leave to take another job.  It’s obvious that the court of appeals saw this as overreaching.  Further undercutting this justification, every ACE employee had to sign the non-compete, and “Guinn was told by ACE’s vice president of operations that the Agreement was a formality and didn’t necessarily apply to A & P mechanics but it needed to be on file.”  Don’t be surprised if this comment is front-and-center in Guinn’s closing argument at trial.