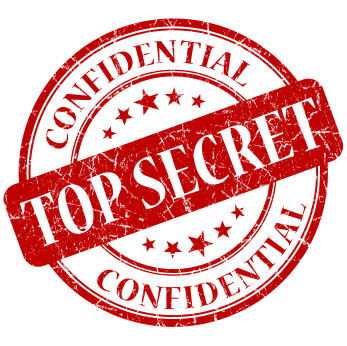 Listen…
Do you want to know a secret?
Do you promise not to tell?

With all due respect to the Beatles – and the full lyrics of their 1963 hit are here – perhaps they weren't asking the most important questions to ask about secrets.  Maybe the more important, or at least existential question is: is the secret really a secret at all? And how exactly do you tell?

The Fifth Circuit Court of Appeals confronted that issue last week in Heil Trailer v. Kula, et al. The question came up in a suit brought by Heil – which makes tractor-trailers – against three of its former employees and their new employer, Troxell.  We’ve written often about confidentiality agreements between employers and employees, and the issues those agreements can raise when an employee goes to work for the competitor down the street.  But we don’t see too many opinions about whether the trade secret or other protected information is really “secret-worthy,” although our friends in the federal government sector seem to have it down to a whole system.

The Heil case raises the question of how you determine “secret-worthiness” directly.  After Heil sued its three former employees in federal court in Texas last year, it sought a preliminary injunction against Troxell and its former employees, seeking to keep them from using what it claimed was protected trade secret information.  Each side submitted affidavits about the secret nature (or lack thereof) of the information Heil wanted to protect, but the district court didn’t hold an evidentiary hearing.  Instead, on the affidavits alone, it held that Heil failed to meet one of the six factors set out by the Texas Supreme Court in In Re Bass to determine a true “trade secret.”  The court held that although Heil could show five of the six factors – which included establishing that it took measures to guard the information, and that the information had value, among other things – Heil hadn’t shown “the ease or difficulty with which the information” it sought to guard “could be properly acquired or duplicated by others.”  Treating the list of six factors as sort of a to-do list, the trial court held that Heil hadn’t checked that last box and couldn’t have the injunction it wanted.

Not so fast, said the Fifth Circuit, reversing that decision.  The six factors for deciding whether Heil’s information is a trade secret are just a balancing test of items to be measured and weighed carefully, not a must-have-all-six checklist.  All six are not “essential elements,” it held, but have to be weighed “in the context of the surrounding circumstances.”  The trial court didn’t do that, and the Fifth Circuit sent the case back to have this “erroneous misapplication” of the balancing text redone.  And the re-do will have to be a bigger deal: the appellate court found it “troubling” that the trial court made its decision just on affidavits without having a hearing “to resolve the factual dispute apparent from the parties’ conflicting evidence.”

So, whether or not something is a “trade secret” protected from disclosure by an employment agreement may not always be what it appears to be at first blush.  At least not in Texas.