One Danger of Talking to The Press About a Pending Lawsuit Is Being Sued for Defamation (See Jacobs v. Las Vegas Sands) 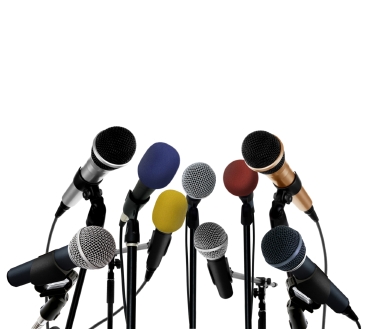 "We cannot comment on pending litigation." You have no doubt seen that or a similar quote countless times from litigants in press coverage about ongoing lawsuits. But Sheldon Adelson did not trot out that refrain after he and the casino operator Las Vegas Sands (of which he is Chairman and CEO) were sued in Nevada state court by Steven Jacobs for breach of contract and wrongful termination. Jacobs had been President of Las Vegas Sands’ casinos in Macau but was fired in 2010. After Las Vegas Sands and Adelson moved to dismiss Jacobs’s lawsuit and a hearing was held on their motion, Adelson sent an e-mail to a Wall Street Journal reporter covering the hearing with this statement:

While I have largely stayed silent on the matter to this point, the recycling of [Jacobs’s] allegations must be addressed. We have a substantial list of reasons why Steve Jacobs was fired for cause and interestingly he has not refuted a single one of them. Instead, he has attempted to explain his termination by using outright lies and fabrications which seem to have their origins in delusion.

Jacobs promptly amended his complaint to add a new claim against Adelson for defamation.

Last week, the Nevada Supreme Court (see the parties’ briefs here) heard argument on whether Jacobs’s defamation claim can go forward. Adelson contends that it should not go forward because (as the trial court concluded) his statement to the Journal was protected by the "litigation privilege," which means that it cannot be the basis for a defamation claim.

Whether the litigation privilege applies under Nevada law turns on whether Adelson’s statement to the Journal reporter was "published in the course of judicial proceedings" and is "in some way pertinent to the subject of controversy." Jacobs claims that the statement was not made in the course of judicial proceedings because it was made to a third party – a newspaper – rather than to the court, or to a party, witness or lawyer in the proceedings. Adelson contends that even statements to third parties may be protected by the litigation privilege so long as the statements are made during the course of a judicial proceeding and that Adelson’s e-mail – sent right after a hearing in the case to a reporter covering the case – was such a statement.

Most states, like Nevada, recognize an exception to defamation claims for statements made in the course of litigation. The idea is that, without such an exception, the heated context of litigation would endlessly breed new litigation about whether statements made by opposing litigants are defamatory. But, as Jacobs v. Las Vegas Sands illustrates, whether and how the litigation exception applies is not always clear. That is why the safest course when the press asks about litigation between companies and former executives or otherwise is to repeat that familiar refrain about not commenting on pending litigation, or - at the very least - to carefully craft in advance any statement to the press with a lawyer's assistance.