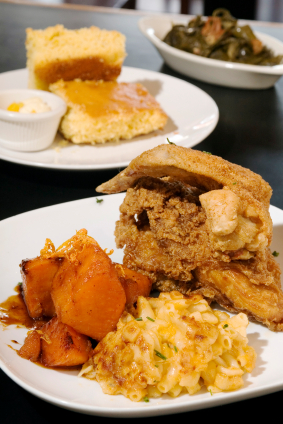 Yesterday, we observed that Paula Deen’s deposition testimony in the case filed by Lisa Jackson may be used to prove that one or more companies owned by Deen must pay for Jackson’s damages resulting from assault and battery by Deen’s brother, Earl “Bubba” Heirs, assuming that Jackson proves assault and battery. We said that, if Heirs worked for the companies, and the companies knew of Heirs’ misconduct and either expressly adopted it or implicitly approved of it, then the companies could be found vicariously liable based on a theory of ratification.  But what if Heirs only worked for one of the companies?  If Heirs is found liable, could the other companies also be found liable?  They could, based on a theory of alter ego, and Deen’s testimony may be helpful in supporting the theory.

Before we explain the theory and review Deen’s potentially relevant testimony, let’s step back for a moment to consider why Jackson sued Deen and a group of companies her lawyers call the “Paula Deen Family of Companies” and would go through the trouble of trying to prove that they, in addition to Heirs, are liable to her for Heirs' alleged wrongdoing.  Deen and the companies are what we lawyers sometimes call the “deep pockets” – someone to pay the damages that Heirs may not have the money to pay.  Plus, Jackson may be hoping that the bad publicity from the lawsuit will force Deen and the companies to an early settlement.  Taking Jackson’s allegations at face value, she also believes that Deen and the companies are responsible for her alleged injuries and should be held accountable.

Back to the theory of alter ego as a means to have one or more companies found liable even if Heirs worked for only one of them.  The theory is that, where businesses and owners are separate in name only and, in reality, are all working as one, a court will disregard the corporate structure to hold the owner and companies liable for the debts of each other.  The attempt by Jackson’s lawyers to group the companies together and call them the “Paula Deen Family of Companies” shows that her lawyers have thought of the theory.  So does their allegation in the complaint that Deen said at a managers meeting that the group of companies was “one in the same business . . . I owe just as much on this f***ing restaurant, as I do on that f***ing restaurant, so you need to work together.”

Jackson’s lawyers probably like that Deen admitted in her deposition to having said that.  They probably also like, from the perspective of having to prove the alter ego theory of liability, the following testimony by Deen.

Q        Now, the corporation that actually operates Uncle Bubba’s is a – there is a corporate entity that operates that restaurant; is that correct?

Q        Well, let me ask you, did you feel that you have the authority to remove your brother from his position of the business?

Q        It wasn’t that much of a shock to find out that [Karl Schumacher, the companies’ accountant] disapproved [of Deen’s colorful language or sexual innuendo]?

A        No, that was not a shock.  What I find a shock is that you would discuss something like that out of your team.

Q        Okay.  Other than those items, with regard to the remainder of the operation of your – of the various corporations of which you are an owner or part owner, would Karl Schumacher have day-to-day control of those corporations?

Q        Okay.  And did you consider these various components of the operation, I believe you described them previously as being one in the same business.

Q        Okay.  Would Uncle Bubba’s have been able to remain open if you had not been infusing cash into it from Paula Deen Enterprises?