Sleeping With The Enemy Executive 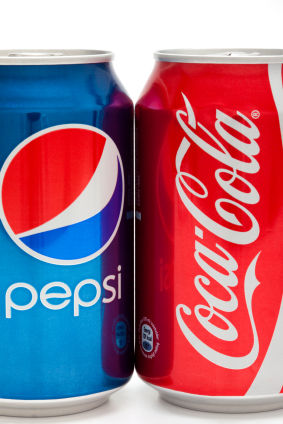 A Baltimore police officer claimed she was fired because she got married.  The police department agreed.  The problem was that the officer married Carlito Cabana, an incarcerated murderer and the “supreme commander” of a prison gang called Dead Man, Inc.  The question presented was whether the police department’s action violated the officer’s “constitutional right to marry and to engage in intimate association.”  The Maryland courts didn’t think much of that claim, see Cross v. Baltimore City Police Dep’t, and it does seem as though the police department had a point.

But what about Mr. Cabana?  Surely Cabana’s “employer,” nominally a private corporation, could not have been pleased with his choice of spouse, either.  (Let’s ignore Dead Man’s failure to register to do business in Maryland.)  Could the Dead Man board have fired Cabana for marrying a cop?  Could a legitimate private employer (like the Coca-Cola Co.) have fired an executive for marrying an employee of its mortal adversary (like PepsiCo)?

In Maryland and most states, the answer is probably yes for at-will employees, but a few states might recognize a claim.  Federal constitutional rights like the right to marry generally would not restrain the conduct of a private employer.  See generally R. Miller, Federal and State Constitutional Provisions and State Statutes as Prohibiting Employment Discrimination Based on Heterosexual Conduct or Relationship, 123 A.L.R.5th 411, 448-51 (2004) (discussing constitutional rights for government employees); compare Ortiz v. Los Angeles Police Relief Ass’n (California state constitution’s right of privacy applies to private entities).  And federal statutes such as Title VII typically do not encompass discrimination based on marital status (although federal workers may be protected by other federal laws.  See 5 U.S.C. § 2302(b)(1)(E)).  Compare Thompson v. North Am. Stainless, LP (retaliation against employee’s fiancé for employee’s sex-discrimination claim may support Title VII claim by fiancé); Longariello v. School Bd., 987 F. Supp. 1440, 1449 (S.D. Fla. 1997) (“discrimination based upon marital status may be cognizable as gender discrimination where there is a disparate impact upon one gender”), aff’d, 161 F.3d 21 (11th Cir. 1998).

By contrast, about half the states prohibit discrimination by a private employer based on marital status.  See, e.g., Md. Code Ann., State Gov’t § 20-606(a).  The majority of these state statutes, however, have been interpreted to prohibit discrimination based on whether someone is married, but not on the identity or conduct of one’s spouse.  See Maryland Comm’n on Human Relations v. Greenbelt Homes, Inc. (concluding in a nonemployment context that marital-status discrimination was limited to “whether one is married or not married”); Burke-Fowler v. Orange County, Fl., 447 F.3d 1319, 1326 (11th Cir. 2006) (Florida law on marital status discrimination did not protect corrections officer who married an inmate); 123 A.L.R.5th at 452-56.  In these states, Mr. Cabana would have a claim if he was fired for the act of marrying, but not for the act of marrying a police officer.  Courts have typically reasoned that the plain meaning of “marital status” is limited to “married or not married.”  In addition, a broad reading of marital-status discrimination would encompass not only claims by workers who marry competitors, but also claims by workers who marry co-workers, and some courts still see value in corporate anti-nepotism policies.  See, e.g., Muller v. BP Exploration (Alaska), Inc.; Townshend v. Board of Educ.

A few states have interpreted statutory prohibitions on marital-status discrimination to include the identity or conduct of the spouse.  See 123 A.L.R.5th at 452-54.  A Minnesota court has applied that interpretation in the context of married competitors.  In Aase v. Wapiti Meadows Comm’y Technologies & Servs., Inc., an employee of an employment-counseling firm was terminated after her husband took a position as a board member of a competing firm.   The company claimed that the marital relationship would violate its conflict-of-interest policy.  The parties agreed that the termination established the first component of a discrimination claim, because existing Minnesota authority prohibited discrimination based on marital status, including on the identity or actions of the spouse.  The question was whether the conflict-of-interest policy established a legitimate nondiscriminatory purposes for the termination.  The Minnesota court held that “[i]t was not a legitimate, nondiscriminatory act for [the employer] to discharge [the employee] solely based on the actions of her husband [in taking the position with a competitor], even if [the employer] believed those actions violated the conflict-of-interest policy.”  The court also concluded that the employee’s refusal to cooperate with the company’s investigation into a possible violation of the conflict-of-interest policy might constitute a legitimate nondiscriminatory reason for the termination, but that issue would have to be tried to a jury.  See also Magula v. Benton Franklin Title Co. (employee fired because of misconduct of her husband, an independent contractor at same company, might have a claim under Washington law).

In the absence of statutory prohibitions on marital status discrimination (and sometimes in their presence), some plaintiffs have filed common-law claims based on abusive discharge or intentional infliction of emotional distress or related theories.  In Rulon-Miller v. International Bus. Mach., Ms. Rulon-Miller was a “low-level marketing manager” at IBM’s office products division when she began a romantic relationship with a manager of a rival office products company.  The company transferred or dismissed her and she later sued for wrongful discharge and intentional infliction of emotional distress.  A California jury awarded $100,000 in compensatory and $200,000 in punitive damages, and the appellate court affirmed.  But the reasoning of the Rulon-Miller decision was disapproved in subsequent cases, see Guz v. Bechtel Nat’l, Inc., and it appears not to have taken root in other states.  Common-law claims are generally unsuccessful absent a clear expression of a state policy prohibiting discrimination in employment based on the identity or conduct of one’s spouse.  See Halvorsen v. Plato Learning, Inc., 167 Fed. Appx. 524 (6th Cir. 2006) (Tennessee law did not bar an employer from terminating an employee based on his relationship with the employee of a competitor);Delmonte v. Laidlaw Envtl. Servs., Inc. (no claim under Massachusetts law for employee told to break off his engagement with a former company employee, who may or may not have been employed by a competitor); Salazar v. Furr’s, Inc. (no claim under New Mexico law for abusive discharge for marrying competitor).

That the marriage of a police officer and a prisoner would have adverse employment consequences is not too surprising.  But apart from the officer’s governmental status (which implicates different rights), nothing in the law distinguishes that marriage from one between law-abiding executives at Coke and Pepsi.  Of course, Coke might not fire an employee for marrying an executive at Pepsi.  But in most states, it could.