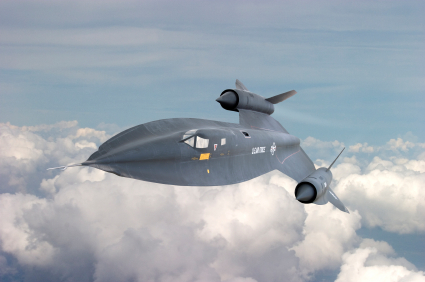 2013 has been a banner year for followers of the Sarbanes-Oxley whistleblower protection provision, 18 U.S.C. § 1514A.  As we’ve previously discussed on Suits by Suits, the Supreme Court will decide in its next term whether Sarbanes-Oxley protects employees of privately-owned corporations, in Lawson v. FMR, LLC.  The Third Circuit also recently held, in Wiest v. Lynch, that an employee does not have to allege that he “definitively and specifically” reported a known legal violation in order to state a Sarbanes-Oxley claim.

Most recently, on Tuesday, the Tenth Circuit held that an employee is protected under Sarbanes-Oxley for reporting misconduct even when the misconduct does not involve a fraud against shareholders (Lockheed Martin Corp. v. Administrative Review Board, Department of Labor).

The facts of Lockheed involve tawdry letters, military affairs, and humiliation in the workplace.

In 2006, Andrea Brown, a communications director for Lockheed, became concerned that her boss, Wendy Owen, was using company funds to have affairs with soldiers that she met through the company’s pen pals program.  After she reported the conduct, she suffered a string of setbacks at work, including being asked to move into a storage closet.  (Life once again imitates art.)  Eventually, she had an emotional breakdown, took leave, and filed a Sarbanes-Oxley complaint.  OSHA initially denied her complaint, but on appeal, both an administrative law judge and the agency’s Administrative Review Board (“ARB”) ruled in her favor.

Lockheed then appealed the ARB’s decision, arguing that Sarbanes-Oxley did not cover Brown's conduct.  Under Sarbanes-Oxley, a company cannot retaliate against a person for providing information:

regarding any conduct which the employee reasonably believes constitutes a violation of . . . [18 U.S.C. §§ ] 1341, 1343, 1344, or 1348, any rule or regulation of the Securities and Exchange Commission, or any provision of Federal law relating to fraud against shareholders . . .

Lockheed argued that even if Brown thought she was reporting mail fraud (which would fall under 18 U.S.C. § 1341, one of the enumerated statutes in Sarbanes-Oxley), her reporting conduct was additionally required to relate to “fraud against shareholders.”

The Tenth Circuit disagreed.  It held that Lockheed’s reading would effectively read the specific enumerated statutes (18 U.S.C. § 1341 and others) out of Sarbanes-Oxley, and that if Congress had wanted to limit protected conduct to the reporting of “fraud against shareholders,” it wouldn’t have listed those statutes.  The Tenth Circuit also gave deference to the Administrative Review Board’s decision to interpret the statute as covering Brown’s conduct.

Lockheed continues the recent trend in the appellate courts and the Administrative Review Board of taking an expansive view of Sarbanes-Oxley.  The Supreme Court will get its chance to weigh in when it decides Lawson at some point in the not-too-distant future.  Both employers and employees should be watching very carefully to see what happens.