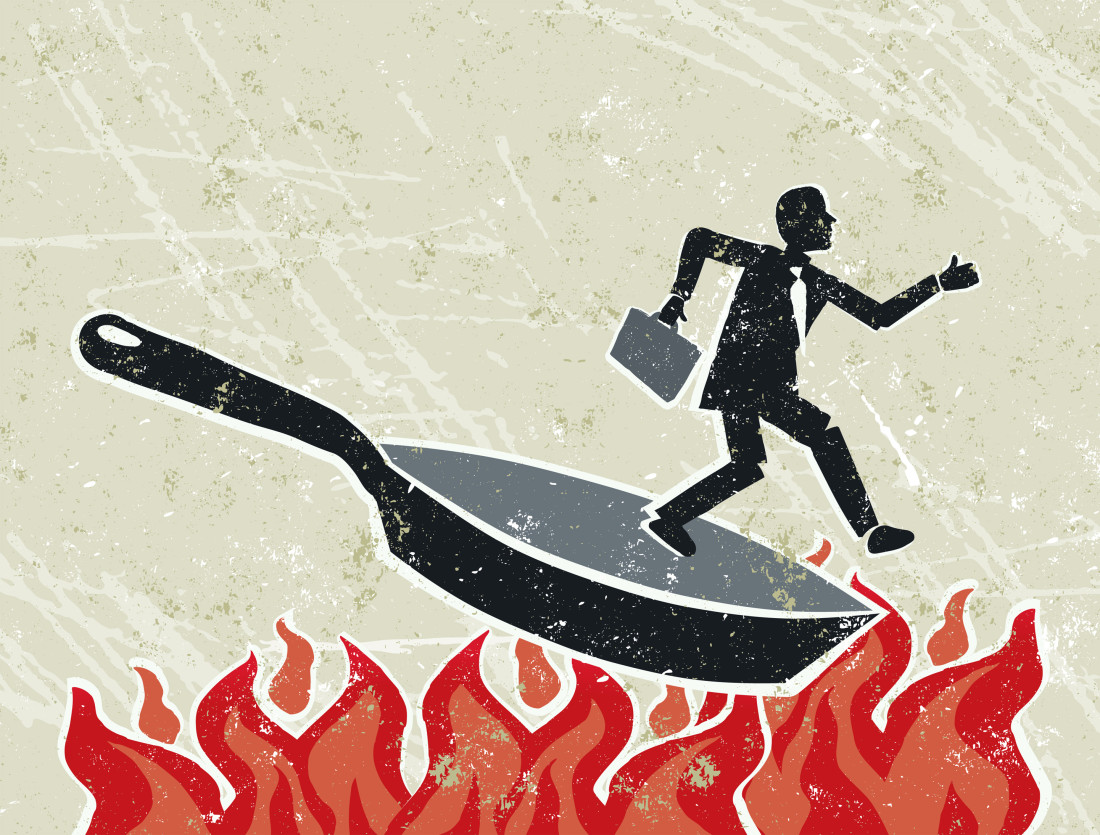 When an executive and a company enter into a lucrative severance package, those benefits aren’t necessarily ironclad.

As we covered in this June 2014 post, when a company declares bankruptcy, its trustee can ask the court to allow the company to avoid its executives’ severance rights.

F-Squared Investments Inc. is now seeking to do precisely that. In late October, F-Squared moved to reject its separation agreement with former CEO Howard Present, seeking authority “to avoid the financial burden” of making a $500,000 payment to him and to cease the accrual of his COBRA payments.

Mr. Present and F-Squared have had a troubled couple of years.

Last year, regulators charged them with making false statements about the historical performance of F-Squared’s flagship “AlphaSector” fund. Mr. Present resigned his employment on November 13, 2014, and entered into a separation agreement under which he immediately received $500,000 cash and was to receive an additional $500,000 on November 13, 2015.

The next month, F-Squared entered into a settlement with the SEC in which it admitted wrongdoing and agreed to pay $35 million in penalties and disgorgement. And in 2015, F-Squared went from having $16 billion in assets under management to declaring bankruptcy as a result of the settlement and indemnification claims for legal fees that exceeded the coverage of its D&O policy.

Unlike the company, Mr. Present did not settle with the SEC and has elected to proceed to trial. As we’ve previously discussed, in a Chapter 11 bankruptcy, the court is likely to treat Mr. Present’s indemnification claims as general unsecured claims that are not entitled to priority treatment.

And, as discussed above, F-Squared has also moved for permission to reject Mr. Present’s separation agreement and avoid making the additional $500,000 payment to him. If that request is granted, Mr. Present will still have a rejection claim for the unpaid compensation. But as a rejected executory contract, any payment of the claim will be made when other creditors are also paid, and Mr. Present would be unlikely to receive a full payout.

And that’s not the end of the possible negative outcomes for Mr. Present.

Other debtors in similar circumstances have pursued their former executives to recover separation payments and other consideration on the basis that they were fraudulent transfers under section 548 of the Bankruptcy Code. Thus, even the $500,000 that Mr. Present has already received could be at risk.

For example, in In re TSIC, Inc., the former CEO of the Sharper Image received a severance package of approximately $6.1 million after he was displaced as the majority shareholder.

Although he resigned his position with the company in December 2006, the severance payments were not made until April 2007 to allow for certain tax considerations. Less than a year later, TSIC filed for bankruptcy protection and sought to recover the payment as a fraudulent transfer.

The Bankruptcy Court for the District of Delaware agreed, concluding that the debtor had made the severance payment “outside the ordinary course of business” within two years of its bankruptcy petition to an “insider,” for which it “received no reasonably equivalent value.”

But the F-Squared case certainly shows once again that at minimum, a bankruptcy can be hazardous to the health of an executive’s compensation.