“Getting It in Writing” Is Not the End: Executives Should Check Agreements Carefully and Follow Up 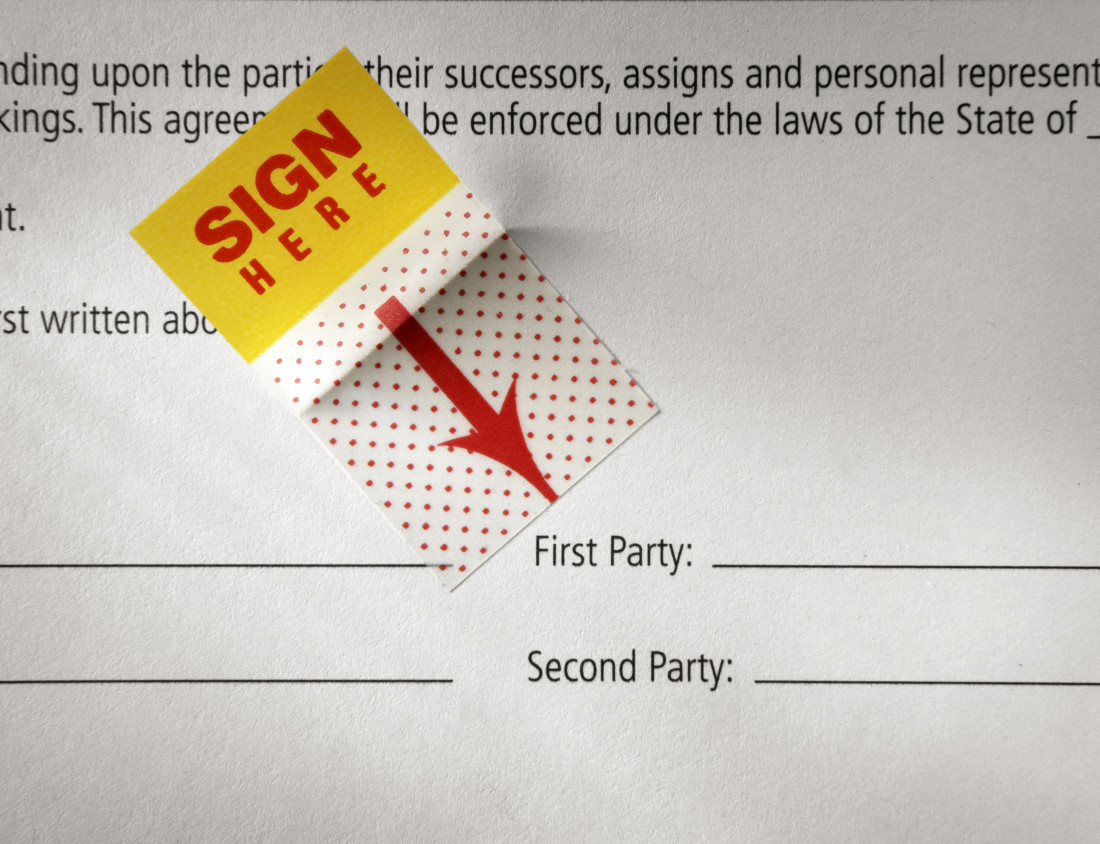 It’s an obvious best practice to put the terms of an employment agreement in writing. Equally obvious is the notion that the writing should be complete, whether in a single document or with reference to other items, such as employee manuals or company-wide incentive plans.

However, it’s not always obvious which documents make up an employment agreement.

Consider the recent decision issued by the United States District Court for the District of California in the case of Lenk v. Monolithic Power Systems, Inc.

An independent recruiter contacted Kenneth Lenk about a possible job with Monolithic. After a series of interviews, Monolithic offered Lenk a position as the Director of Marketing for Automotive and Industrial Products, for which he would be paid $175,000 annually. He also received a $20,000 signing bonus, which was subject to repayment if he did not remain with Monolithic for at least two years. In addition, Lenk was offered 8,000 restricted stock units, which would vest over a four-year period, and the opportunity to participate in the company’s semi-annual bonus program.

All seemed well until Lenk tried to notify customers that Monolithic intended to deliver non-standard products. Lenk alleged that Monolithic retaliated against him for this, including by withholding bonus payments, denying expense reimbursement, and reducing his job functions. Lenk claimed that emails from the recruiter reflected that his bonuses would not be contingent. Therefore, in Lenk’s opinion, Monolithic’s failure to pay his bonus was a breach of contract.

In contrast to the plaintiff in Lenk, the plaintiff in Kolb v. ACRA Control Group, Ltd. did get the deal he was looking for in writing, but lost track of his interests. In 1999, Kolb and ACRA Control entered into an employment agreement, under which Kolb would serve as president of ACRA Control’s newly formed American subsidiary. The parties also entered into a separate Performance Incentive Compensation Plan (PICP), under which Kolb would receive options to buy shares in ACRA Control if the American subsidiary met certain sales targets.

For the first five years of Kolb’s employment, the American company did not hit the targets. After that, ACRA Control did not calculate whether the targets were met, because it believed the PICP had expired. In 2011, Curtiss-Wright UK bought all outstanding shares in ACRA Control, under a Share Purchase Agreement executed by Kolb and others. In the agreement, Kolb and the other sellers waived all claims against ACRA Control or its subsidiaries.

One year later, Kolb sued ACRA Control, alleging that it breached the PICP by failing to issue his required options. The U.S. District Court for the District of Maryland granted summary judgment against him, ruling that his execution of the Share Purchase Agreement waived his claims.

On appeal, Kolb argued (among other things) that he didn’t waive his rights under the PICP because he had forgotten about it when he signed the Share Purchase Agreement. The Fourth Circuit rejected this argument, holding that Kolb had “constructive knowledge” of his rights under the PICP, because the PICP’s offer of options was a critical factor in his decision to take the job with the ACRA subsidiary.

Thus, even if Kolb actually forgot about the PICP, he still waived his claims under it when he signed the Share Purchase Agreement.

These cases demonstrate that executives should read their employment agreements carefully when they are executed and follow up routinely thereafter to ensure that they continue to receive the full benefit of their bargain. This is particularly true when dealing with a start-up or smaller organization with a less formalized compensation structure.

The Lenk and Kolb decisions show the pitfalls for executives who don’t carefully focus on the language of their written employment agreement and then make sure their employer is performing all of its obligations.