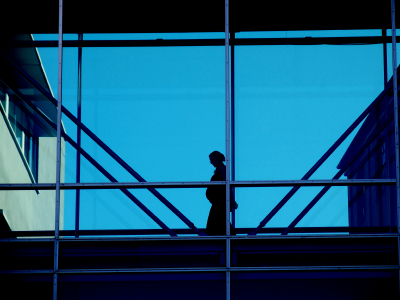 Marissa Mayer is big news these days.  She’s the new Yahoo! CEO, at only 37 years old.  She’s also expecting her first child, and made waves when she told Fortune Magazine that her maternity leave would be a “few weeks long” and she’d “work through it.”

All of the hullaballoo over Mayer’s career and personal life made the Suits by Suits team curious.  What if Mayer suffered repercussions at Yahoo! due to her pregnancy or upcoming childbirth?  How would she be able to prove that Yahoo! discriminated against her?

In 1978, Congress passed the Pregnancy Discrimination Act, which provides that employers cannot treat women differently based on “pregnancy, childbirth, or related medical conditions.”  An employee who claims that she was discriminated against on these grounds can prove her claim through either direct evidence of a discriminatory attitude or by putting on a prima facie case of discrimination and then rebutting the employer’s claims that its actions were taken for legitimate reasons (the McDonnell-Douglas test).  (We have previously discussed these different methods of proof here on Suits by Suits.)

So what is direct evidence of discrimination?  It’s a “smoking gun”: evidence that an employer “explicitly took actual or anticipated pregnancy into account in reaching an employment decision.”  Smith v. FW Morse & Co. (1st Cir. 1996).  The Supreme Court case of Price Waterhouse v. Hopkins, a gender discrimination case, gives an example of smoking-gun evidence.  In that case, Ann Hopkins was deferred for partnership in the Price Waterhouse accounting firm.  The man who gave her the news told her that she needed to “walk more femininely, talk more femininely, dress more femininely, wear make-up, have her hair styled, and wear jewelry” in order to show the partners that she was ready to join their ranks.  This explosive evidence shifted the burden onto Price Waterhouse to show that it would have deferred Hopkins for partnership even if it had not stereotyped her based on gender.

If, in our imaginary scenario, the Yahoo! board had decided not to hire Mayer, and some Cro-Magnon directors had made comments about protecting a new mother from the rigorous demands of running the company, then that would be the smoking gun of which employee plaintiffs dream.  Confronted with such evidence, Yahoo! would then have to show that its ultimate hiring decision would have been made even in the absence of the considerations voiced by the prehistoric board members.

But what if there is no smoking gun?  In our next post, we’ll take a look at how courts address the McDonnell-Douglas test for claims involving pregnancy discrimination and how it might play out in a hypothetical involving Mayer.