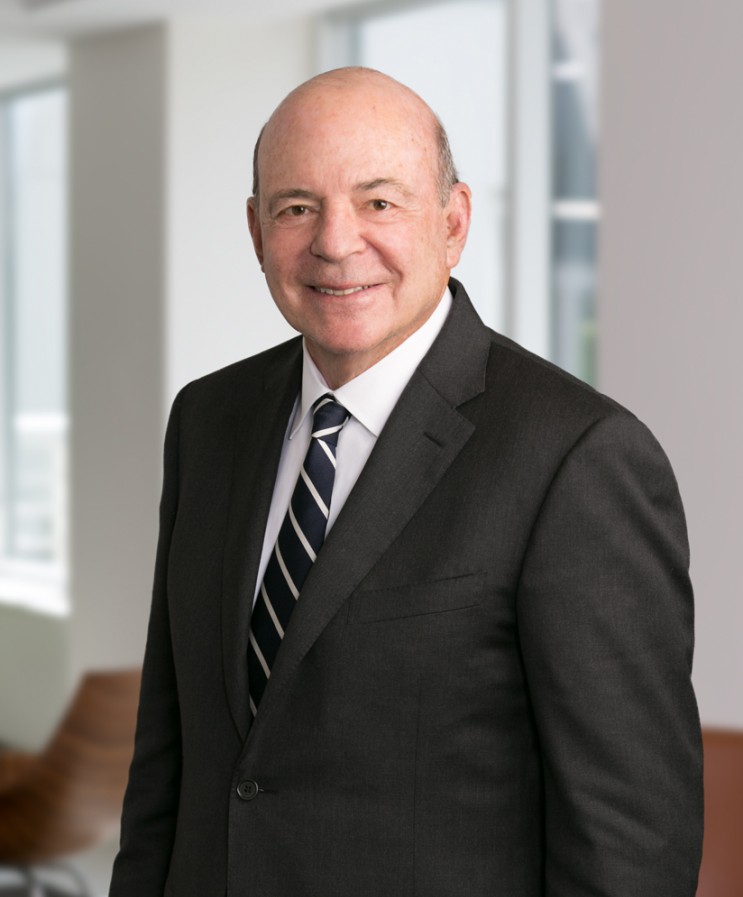 Roger Zuckerman is a native Washingtonian. He joined the United States Attorney’s Office for the District of Columbia directly from Harvard Law School.  At the age of 27, he became Acting Chief of the Appellate Section there. In the years that followed, he also prosecuted to verdict numerous serious felony trials. These included two of the longest conspiracy prosecutions ever brought in the District of Columbia to that time, resulting in the conviction by jury verdict or plea of approximately 50 defendants. In recognition of his work, he was one of 12 Assistant United States Attorneys from around the country in 1971 to be awarded by the Department of Justice the Assistant United States Attorney’s Award for Distinguished Performance.

At the age of 30, directly from the United States Attorney’s Office, Roger entered the private practice of law and co-founded Zuckerman Spaeder a short time thereafter. The firm, with its main offices at the intersection of Connecticut, M and 18th Streets N.W., has operated continuously from that location for well over 40 years. It has grown to include offices in New York, Florida, and Maryland. Early on and to this day it has been involved in many of the most significant and topical cases, both criminal and civil, litigated in this country. For decades, it has been regarded as one of the most respected litigation boutiques in the United States, and has routinely appeared with or against law firms many times its size. Its lawyers rank among the most prominent nationally in the bar, among the most respected nationally in their specialties, and among the most active in their local communities. The firm’s lawyers have included those who have gone on to significant appellate or trial judgeships, to serve in high government positions, or to become leaders in legal education.

Roger’s practice has been one of unusual scope. He has appeared in the trial or appellate courts of 16 states and the District of Columbia. His trial cases have sometimes been of significant length and often outside the District of Columbia. In his longest trial, he resided in Florida for nine months while in trial. These cases have spanned the gamut but most often have involved complex civil or criminal disputes, some highly publicized and some not. These have included major fraud and securities matters, international business transactions, customs and immigration disputes, attorney and accounting regulatory matters, healthcare investigations, forfeitures, tax disputes, and comparable business matters. On occasion, they have involved more prosaic “common law” matters, including homicides, which Roger has also successfully litigated to verdict.

Roger’s clients also span the gamut. They have involved some of the most prominent executives in the largest fraud cases of the last two decades, including the very most senior executives at Enron, Refco (the world’s largest futures brokerage at the time of its demise), and the Stanford International Bank. His clients have also included some of the country’s most prominent lawyers and law firms and senior business executives located outside the United States in Europe and Central and South America.  They have included entities and individuals involved in political and social activism, notably the animal protection movement, efforts to protect the rights of Vietnam Veterans, and long-standing campaigns to stanch youth violence. His clients have also included members of unpopular or controversial political movements.

Roger has spent more than four decades focused on the practice of law in and around courtrooms. He is a longtime member of the American College of Trial Lawyers. He has been listed in the book The Best Lawyers in America for 37 years, since its initial publication in 1983. Among his community endeavors, Roger has supported the Stanton Elementary School in southeast Washington, D.C., his old alma mater, and returned several years ago to deliver the fifth-grade graduation address.

Roger and his wife Irene have long lived in Potomac, Maryland. They have two daughters, both law school graduates, and five grandchildren. Among Roger’s hobbies is weight lifting, which he has done (much to the regret of his back, knees, and shoulders) for 50 years.